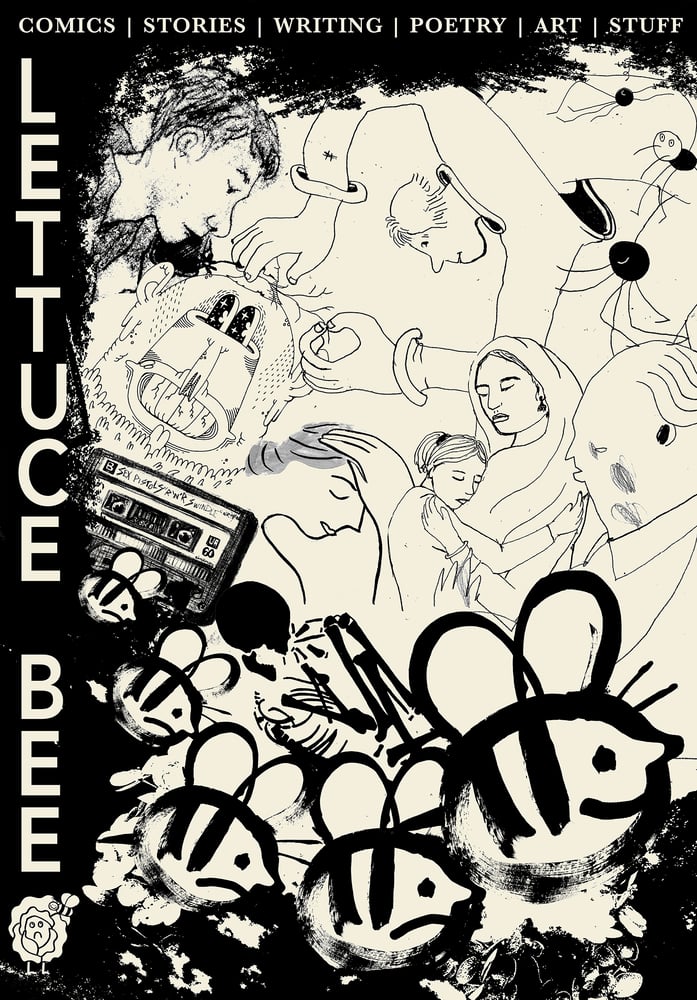 Lettuce Bee is an anthology of art made by old friends, new friends, strangers, and peers from all over the place; some of them make things for a living, some for a hobby. Some needed pestering to make anything at all, and some were already making things just for the sake of doing it.

We live in a complicated world where it’s not always clear why or how we should be acting, what we should be saying, and what we might be able to contribute. Lettuce Bee is sort of about acting, saying things, and contributing, regardless of those fears. It’s about finding a voice and saying, ‘hello here I am I have something to say.’

Contributions of comics, poems, writing, images, art and stuff from: