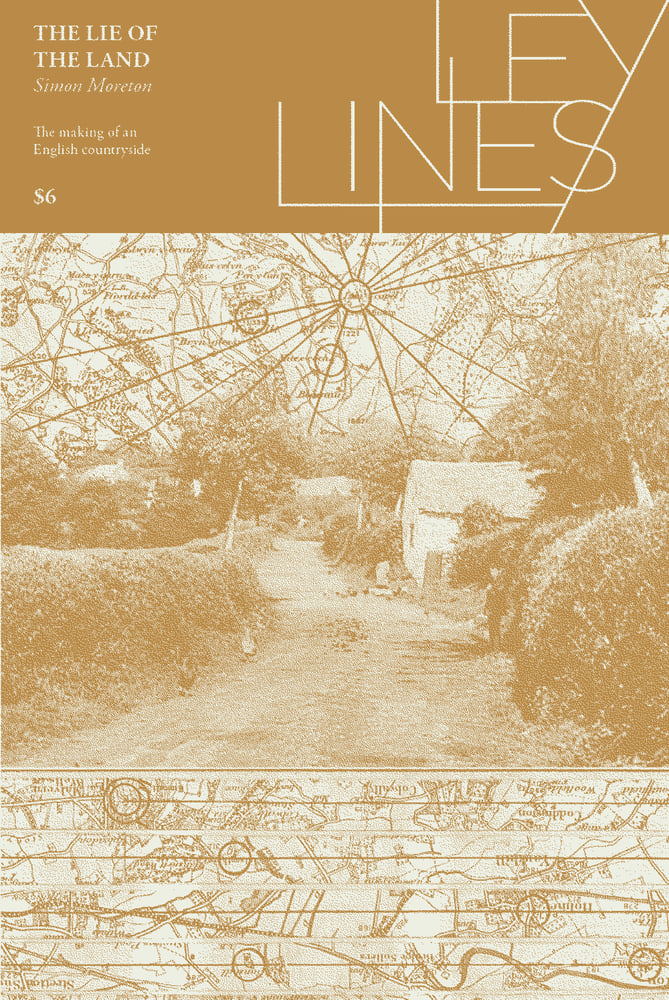 The Lie of the Land

"The making of an English countryside"

When Alfred Watkins first mooted the existence of ancient trackways in the British countryside which he called ‘leys’ in 1922, he wanted to show how forgotten lessons about our past could still be visible to us in the landscape today - if we’re willing to look. This comic asks what it means to be ‘of the British countryside’ right now in this shitty period of history. Using collages of paintings, old photographs, and found text, 'Lie of the Land' asks how we've made and remade the countryside in our own image,
and whether the millennia of deep history in the soil beneath our feet can tell us anything about what comes next.

Alfred Watkins (1855 - 1935) was an entrepreneur, brewer, businessman, photographer, and antiquarian from Hereford, UK. He is best known for proposing the idea of ‘leys’, trackways in the prehistoric countryside that joined up hills, lakes, and rivers, with human-made features like holloways, stone circles, mounds, cairns, barrows and latterly churches, into straight lines. He suggested these were routes used for transport, trade, and ritual. He detailed his findings in three works: ‘Early British Trackways’ (1922) ‘The Old Straight Track’ (1925) and ‘The Ley Hunter’s Manual’ (1927).

Published as part of the Ley Lines series.

If you're in North America, it might be cheaper to buy directly from the publisher!.